Hey, guys yesterday Redmi Note 9 series put its footprint on China. Today a local repair and teardown expert, Aio Technology took apart all three models to show us what’s on the inside.

According to their analysis we are describing the whole teardown.

Let`s take a look at the back frame. The frame of the Redmi Note 9 4G and 5G model made with plastic, while the Pro 5G used glass.  Taking a look underneath we find the 4G model has its heat dissipation film on its back cover while the 5G models have theirs above the batteries. We can also observe the fingerprint cable connectors going to the motherboard and the integrated antennas. The 5G models have a higher antenna count which was to be expected.

Guys now take a look at camera formation. The 4G models camera setup consists of three separate rear camera modules. But the 5G models have a binding formation of four camera modules on the camera shield.

The 5G model has a 5000mAh power-cell, the Pro has a 4820mAh battery cell. Then these two 4G model is in top place in battery power. It contains a 6000mAh monster cell to run the whole device.

Vivo V20 Pro 5G is coming to India on 2 December

TECNO will launch the speedy POVA series in India 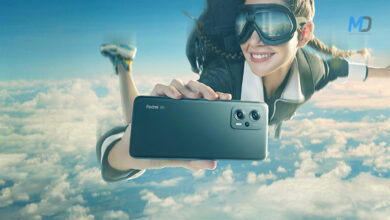