Hey, guys today a leak unveiled the camera specs of the upcoming Vivo X60 series. Certainly, this device is coming on December 28, 2020. We’re expecting 3 devices this year the X60, X60 Pro and X60 Pro+. Now, we have the camera details for the vanilla and Pro models thanks to Chinese tipster Digital Chat Station just one day after Vivo confirmed its Zeiss partnership.

The X60 will offer a 48MP main camera with f/1.6 aperture alongside a 13MP ultrawide snapper and 13MP portrait shooter.

The X60 Pro adds an 8MP periscope module with 5x optical and up to 60x digital zoom. The Pro also gets an f/1.48 aperture for the main 48MP sensor. Both models will feature Vivo’s second-generation micro-gimbal stabilization and Zeiss branding.

The X60 Pro Plus on the other hand is said to feature an L-shaped camera rig though we don’t get any specifics on the sensors. 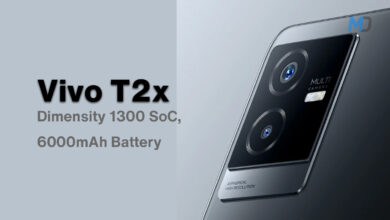