TCL 10 Tab Mid is going to unveil soon. As you know, this is the most recent tab from TCL. They have released so many tabs ago at cheap prices. Most of them are on a low budget. For this reason, customers are so happy. Now, let see what’s its overall performances!

If we talk about the display of it, then I must say, it would come it an 8 inches display with a 1200×1920 pixel resolution. We can play games and watching videos so easily and we can enjoy it very much. According to an authentic source, we could know that it has released on September 3, 2020.

We all know, the tab is not for the camera. We don’t judge a tab by its camera quality and quantity. Maximum people used it as an alternative to a smartphone. But only used for playing games, doing official works, watching movies, videos, etc. So, I think we should go on to the RAM.

As you can see, it has released with a 3GB RAM, which is not so much, but not so poor also. It also has unveiled with snapdragon 685 and a powerful battery. The battery of this tab is around 5,500mAh with a 18W Fast Charger.

Realme 7i is ready to launch in India on October 7

OnePlus 8T pictured in a case list, launch on October 14 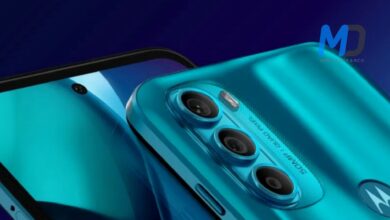