Samsung Galaxy M13 5G specs leaked with Dimensity 700 and 50MP camera in tow. Samsung recently unveiled their 4G Galaxy M13 model and is rumored to have a 5G version soon. The 5G model will have the Dimensity 700 SoC, a 6.5-inch HD+ LCD with 269 PPI pixel density, and a 5,000 mAh battery that supports 15W charging.

There are two memory options for the 5G model – 4GB/64GB and 6GB/128GB with extensible RAM and expansion up to 1TB via microSD. The dual cameras on the front of this planned device offer 5MP selfies, while there is space on the back for two 50MP lenses – one primary unit and a 2MP secondary one.

The Galaxy M13 5G comes with 11 supported bands and three available colors – blue, brown, and green. We don’t yet know when Samsung plans to launch this phone in India as it hasn’t been announced yet. Realme Narzo 50i Prime leaked with $100 base price 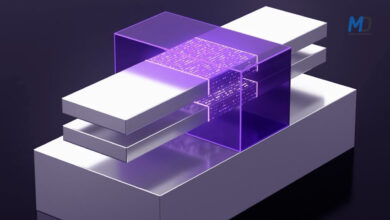