I would love to tell you that Xiaomi Poco X3 NFC promised to come with a 64MP camera and 5160mAh Li-Po battery. You will happy to see this phone has already announced on September 8. But it announced before released, a couple of weeks ago.

In this 5th generation, everybody attracted to use a smartphone in which one has a quad-camera. It is high time to know that Poco X3 NFC wanted to come with aa 64MP quad-camera. The smartphone has also a 20MP selfie camera on the front side.

It will run Android 10 and operated by MIUI 12. We will experience so much fun with MIUI 12, in case there will be a lot of features inside. If I’ll talk about the weight of this smartphone, then I definitely should tell this is a heavy smartphone. Because it is around 216gm and it’s thickness around 9.4mm.

X3 NFC will play a big role by a 6GB RAM, which is expected to come with Snapdragon 732G. The main camera resolution is around 2160p and the front camera is capable to capture with 1080p resolution. Now, it is time to talk about the battery backup of X3 NFC. It has a 5160mAh Li-Po battery with a 33W Fast Charging options.

You’ll be happy to learn that will be able to charge 62% in 30 min, 100% in 65 min (advertised). It’s quite amazing to me. What’s your thought? Let me know your comments. I’m coming back soon with another update. Till then be happy and stay tuned.

Samsung Galaxy M31 and M01s get One UI 2.1 updates in September 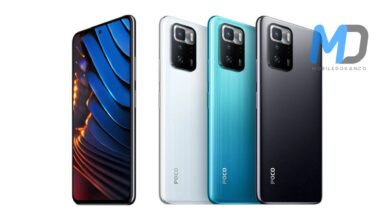