Oppo, the Chinese tech giant already released the Oppo A93 new version. Now Oppo is working with Oppo A94. This device certified by Singapore’s IMDA authority.

This device spotted on IDMA with model number CPH2203. Unfortunately, apart from revealing that it’s an LTE phone with support for GPS and Bluetooth. But, the IMDA listing has no information on its specs.

There is a possibility that it could be a country variant of the OPPO CPH2205 phone that was spotted at the (FCC) database recently. The assumption is only based on the similarity of the model numbers of the two phones. Hopefully, upcoming reports will reveal more details on the CPH2203 and CPH2205 phones.

On the back, it will sport a triple camera setup and a LED flash. There will have a 48MP primary camera.

Certainly, the smartphone seems to be fitted with a side-mounted fingerprint scanner. So, that indicates that it could be equipped with an LCD screen.

Certainly, this smartphone will run with ColorOS 11.1 based Android 11 OS. It may draw power from a 4,310mAh battery. But the fast charging is not confirmed till now.

We know that Oppo is working with the Oppo Find X3 series. So, these two devices may be part of this series. And they will be known in the market as Find X3 Lite and Find X3 Neo. So, Let’s wait for the launch of the Find X3 Series. According to the recent leaks, these phones will be debuting in early March and they will be available for purchase from April. 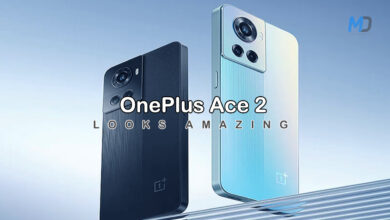 Oppo A56s has been released with typical features and design