Today I’m going to discuss the most overrated phones of 2021. In this post, I’ll share some of my experiences and analysis about smartphones. You can rely on me, the phones which I will mention don’t buy them. It will be helpful for you at this moment.

The phones I’m going to mention here, don’t take it in an offensive way. This is totally my personal opinion. Which is made in the light of some people’s personal experience. I will discuss several brands of phones here. You will read the post carefully and if you want to check the issues yourself, see if I am right or wrong.

Today I am going to share with you some amazing information about Samsung Grand. Keep reading with a little patience. Have a lot of fun.

Now we are going to discuss some of the Xiaomi brand phones. Details about these phones are discussed below. Only after analyzing these can you decide to buy a new phone.

OnePlus is currently one of the top mobile manufacturer companies. Many of the company’s older phones are backdated. So I think it’s better not to buy old or previously released phones from this company.

The lower the price, the better, they work to implement this tagline, but there are a number of obstacles. On the one hand, giving a good processor, it is seen that the RAM side has to be considered. Again, if the RAM gets better, it is seen that the processor is getting weaker. Realme has a number of smartphones that you shouldn’t buy right now. I provide a list below, you can check it.

Now let’s talk a bit about the Oppo smartphone company. Many people jokingly call OPPO a camera phone. Because they don’t do anything else inside the phone, the camera works well. We have no complaints about their camera performance. Now let’s talk about which phones of Oppo company will not be bought right now.

Nowadays, Vivo is a Chinese company, they are offering very good phones at low prices, but they claim that in fact, they do not offer much on low-budget phones.

Standing at this point, it seems to me that it is better to look away from the Samsung Galaxy M21 smartphone. The Samsung Galaxy M21 smartphone is good enough, many are using it. But in the meantime, I can find out about some issues with this phone with the help of some of my acquaintances. Many users have reported that this phone has a network issue.

Although this issue was found from the beginning, many people have been experiencing this issue lately. In addition, many people are saying that the phone is hanging a lot now. It is true that Super AMOLED displays are available at low prices but it is still good to know these things before buying the phone.

Then I thought I saw no reason to buy the Galaxy A72, Samsung’s recently launched smartphone, at a higher price. Seeing the features, it seems that the phone has become over-priced. What are you getting at such a high price? If you compare it with Galaxy A52, you will see that the battery is a little higher and the charger is 25W instead of 15W. Besides, I don’t see any change. In terms of price, according to the price of Bangladesh, Galaxy A52 is probably 34000-35000 taka and on the other hand, Galaxy A72 is 45000-46000 taka.

The next phone is priced at 19000 takas and the name is Galaxy M12. We usually get HD + display at this price. But what are they giving! Maybe they are giving a little higher refresh rate. If you are not a Samsung lover then I will forbid you to buy this phone at this price.

The Samsung Galaxy A32 5G looks great, the camera performance is good. But none of us are happy with the price. Because would anyone want to buy MediaTek MT6853 Dimensity 720 5G with 27,000 taka? This processor is good enough but it is for phones below 15000 takas. It is never appropriate to go above the budget.

Xiaomi Redmi 9 Power The price of this smartphone is 16000 taka according to the price of Bangladesh. However, I did not like the smartphone within this budget. They offered Qualcomm SM6115 Snapdragon 662 We have a full review of the performance of this phone. Honestly, the overall performance of the phone did not look very good to me. and HD Plus displays but did not like the design features and outlook.

Compared to the previous phone, the display is the same. The design of the Xiaomi Poco M3 smartphone is really nice and unique. But after using the phone, many people got lagging behind the phone. For this reason, it would be wrong to say that the user experience is very good in terms of performance.

But you can definitely, believe me, there is not much peace in running the phone. So far I’ve only referred girls to buy phones. Because in most cases it is seen that girls do not use rough. They can only use this unique design to get an idea. So it would be wise to avoid it. Because within this budget you will get many more good phones.

The next phone we are going to discuss in detail is called Redmi 9A. The phone comes with 2GB RAM and 32GB ROM. You can get the phone for only 10000 Bangladeshi taka. I’m not saying that this processor is bad on such a low budget, the processor is definitely good. But according to the needs of current users do not pet these 2 GB RAM.

After installing a few apps, it can be seen that the phone is full of storage, the phone had to be used and the performance is very poor. Again, the processor just does not work well. Large RAM will not work with small processors. But the small amount of RAM that you have to pay is not enough, even if you give a fair amount of RAM.

I bought an entry-level phone and now the demand for cameras is much higher. Now almost all phones have a few cameras. Considering that, it is normal to expect good performance on entry-level phones and cameras.

Then let’s discuss the Redmi k20 Pro phone. The phone is undoubtedly good, but it is not very good for now. If you have any acquaintances in Bashundhara, you can contact them and find out that the demand for this product is not very high at present. And those who have bought this phone now, are not getting a very good performance. Sometimes I have to face some issues.

OnePlus’s old ones now but I forbid. However, there are doubts whether you will get the phones under the OnePlus 6. If you get it, I will forbid you to buy it. Because the performance is not very good. If I have to buy a OnePlus phone then I can talk about buying from the OnePlus 7. However, I would suggest that it is better not to take the OnePlus Nord N100 phone. Because with 20,000 taka you can buy a much better phone. If you buy this phone, you can tell people that you use the OnePlus phone only in name but the phone is of no use.

Recently OnePlus 9 series came on the market. We are not saying that the phone is bad, the phone is good but much more expensive. You can wait, the price of the phone will definitely go down. You can take the phone when it is low but now there is no reason to buy it at such a high price. A plastic body is not acceptable in such a high-priced phone. The price of the OnePlus 9 is much higher considering that, but due to its plastic body, it has come down a lot in terms of choice.

Realme X7 is one of the phones that will not be bought right now. You can get the Realme X7 smartphone in the market of Bangladesh for 25000-27000 Taka. The phone is beautiful to look at, good in dimensions, and also good in build quality. But believe me, the performance of the phone was in no way like a phone priced at BDT 27,000. With a budget of 25000 taka, you can get a much better phone than this, especially the Xiaomi Mi Poco series phones.

The next phone I am going to talk about is called Realme Narzo 30 Pro. This phone also uses the same processor used in the previous Realme X7 phone. However, it costs 25,000-26,000 rupees. After using the phone, I did not think that the price of the phone should be so high. I am also disappointed with this phone. The outlook of the Realme Narzo 30 Pro 5G phone is not very good, many people think it is a backdated design. So I think it would be wise not to buy it.

Then let’s talk about Realme C17. At this price, I think there are a few more C series phones of the same brand, it would be better to buy them. Realme C17 did not like many people, including me, especially the phone’s processor can not handle at all. So I hope no one will be fooled by the greed of more RAM, more powerful battery, and more internal storage.

Now the name of the phone I will talk about is Oppo F17 Pro. Everything else is fine on the phone, but it is known that there is a battery issue. One of my acquaintances is using it, everything else is fine except the battery performance. But the battery issue has become very complicated. So even if the price of the phone goes down now, it should not be bought.

Oppo F19 Pro is a good-looking phone, good camera performance, good looking, slim. But the price of the phone seemed too much to me. So you can buy the phone when the price goes down. But now it should not be bought.

If you want to defame, many devices of Vivo company can be defamed, then I will choose a few. By choice, the Vivo Y15 is not a good phone to buy right now. There are many reasons for this. Among them, the phone is now old because it is a 2019 phone. The price of the phone is not very high, only BDT 17,000 taka. What they are offering does not match this price at all. So just avoid it.

The next phone is called Vivo V20 SE, which costs 25,000 Bangladeshi rupees. But I think the price has gone up a lot. They are not paying anything against this price. They used Snapdragon 665 and HD + display in the phone. But in this budget, you will get many more good phones from the same company. So skip buying this phone for now.

Xiaomi Mi 11 Lite 4G ahead to launch in India soon

Vivo X70 series expected to launch on September 22 in Malaysia 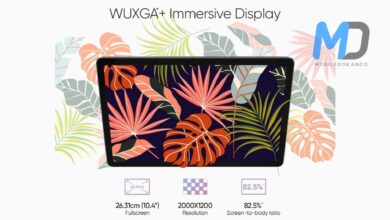 Realme Pad confirmed to launch with a 7,100 mAh battery with 18W Quick Charge