We’ve been reading rumors and seeing benchmark results from MediaTek’s next chipset for quite some time now and we can finally put a name on it – Dimensity 1200. At least according to a renowned Chinese tipster, who claims to have read the technical paper of the SoC.

He says that the Dimensity 1200 SoC will have higher clock speeds than the Snapdragon 865 chipset translating into overall better performance. MediaTek’s contender will also have an upgraded ISP for better camera quality and some 5G-related improvements as well.

And given the most recent benchmark, in which the said SoC outperformed the Snapdragon 865. We tend to believe the report. The best part is that we won’t have to keep guessing for much longer as MediaTek has scheduled an event for January 20 and we are pretty sure that’s what this is about.

Vivo Y31s is coming with the new Snapdragon 480 SoC 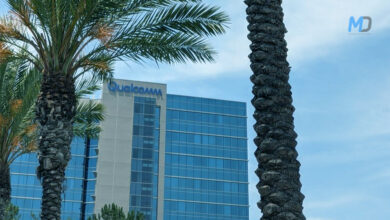 Qualcomm wants to buy ARM with a consortium of companies Qualcomm next flagship SoC to support the AV1 video codec