The Realme GT Neo 2 has an impressive battery size of 5000mAh, but the size isn’t the only thing that determines how long a battery can last. DXOMARK knows of this and has put the phone under multiple rigorous tests to determine how the battery actually performs in real-world scenarios.

The results speak for themselves and have prompted the benchmark site to award the Realme GT Neo 2 an impressive score of 94. In DXOMARK’s ‘Stationary’ tests, the Realme GT Neo 2 lasted for 64 hours, which is about 3 hours less than both the Xiaomi 11T and the Oppo Reno6 5G.

However, it is at overnight battery drain that the device shines, losing just 0.33% of its battery charge – the lowest in DXOMARK’s entire database. For the uninitiated, Stationary testing is what DXOMARK calls a typical usage scenario (TUS) – making calls, video streaming, etc. – 4 hours of active users over the course of a 16-hour period, plus 8 hours of idle time.

DXOMARK further found that the real GT Neo 2 performs quite well on calls, GPS, gaming, and while using the camera, with its battery life exceeding rivals Xiaomi 11T and OPPO Reno6 5G across multiple use cases. Moving on to charging, the Realme GT Neo 2 was found to go from 0-80% in just 25 minutes, 0-90% in 30 minutes, and 0-100% in 41 minutes, which again is outstanding especially considering the large battery size.

The charging times do not come as a surprise though since the phone supports ultrafast 67W fast charging. DXOMARK says that the charging performance is currently the third-best in the high-end segment. All in all, the battery life of the phone was found to be 2 days 12 hours. The benchmark resulted in a score of 94, which is currently the 2nd best in DXOMARK’s ranking, with the top spot being held by the OPPO Reno6 5G (96 scores). 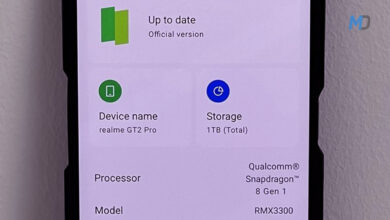