OnePlus 8 and OnePlus 8 Pro both of them are expected to come with 5G support. Hopefully, the IN2010 could be one of them. Let’s see what happened.

A strange OnePlus smartphone with model number IN2010 has received radio transmission approval by the Ministry of Industry and Information Technology (MIIT) in China. This certification unveils the handset will support SA and NSA dual-mode 5G.

The OnePlus 8 and 8 Pro both of them are expected to come with 5G support next year. So I think the OnePlus IN2010 might be one of those. However, it could also be the OnePlus Concept Phone that the company will be revealed at CES 2020 in January.

OnePlus 8 series is capped to launch in Q2 2020 and will include three models. They are — OnePlus 8, OnePlus 8 Pro, and OnePlus 8 Lite. OnePlus confirmed to come with the Snapdragon 865 SoC and 5G support as well.

The leaked renders suggest us that the phones would adopt a punch-hole design and finally ditch the waterdrop notch.

While the OnePlus 8 Pro will have a quad-camera setup at the rear, the quality OnePlus 8 could get a vertically-arranged triple camera module. All the phones should run on the newest Android 10 with OxygenOS skin on top.

With the announcement still a couple of months away, there’s still enough time to understand more details about the OnePlus 8-series flagships.

According to a report from the Korea Herald, citing industry sources OnePlus will be declaring its first foldable smartphone at CES 2020 show. The report doesn’t unveil if it would have a tablet-like form factor the same as the Samsung Galaxy Fold and the Huawei Mate X.

I think it could have a clamshell design like the Motorola Razr 2019. But we can’t comment on the legitimacy of the report at the moment. We suggest our readers be patient until an official announcement is made from OnePlus. Thank you for being with us. 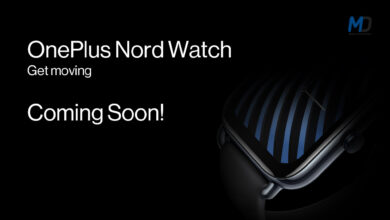