Hey, Bengali nation we are congratulating you on the occasion of victory day. This is the day of our pride and braveness. We, the Bengali nation can proud of our predecessor or forefather. The freedom fighters gave their blood for our country then we had got a free country. They took part in a bloody war for 9 months and liberated our country. So, guys let’s celebrate this great event with proudness.

We are here with a new event about the best smartphones of 2020 on this great day. So, let’s start.

The Poco M3 phone has a triple-camera setup on the back. This formation consists of a 48MP wide, 2MP ultrawide, and 2MP depth camera. It has an 8MP selfie camera inside the notch of the display. The video recording capability is 1080p@30fps. According to its RAM and ROM, It has two (4GB/64GB,4GB/128GB) variants. On the other hand, it can support up to microSDXC on uses a dedicated slot. Certainly, Poco M3 has a 6000mAh battery with 18W fast charging. And it also has a reverse charging process. It has a dual nano-SIM card slot. That is to say, Xiaomi Poco M3 is 2G/3G/4G supportable. The fingerprint sensor is side-mounted. You will get 3 color variants of Poco M3 – Cool Blue, Poco Yellow, Power Black.

Itel Vision 1 Pro will be launched on December 03, 2020. Firstly, Its dimensional measure is unknown and the weight is unknown grams. Second, the Vision 1 Pro’s display is a 65-inch IPS LCD panel with a resolution of 720 x 1080 pixels. Third and most importantly, it is powered by a 1.4GHz quad-core and runs on the Android 10 Go version. Moreover, it has up to (1.4GHz Quad-core). And an unknown GPU.

Vision 1 Pro phone has a single-camera setup on the back. This formation consists of an 8MP main camera. It has an 8MP selfie camera inside the punch hole of the display. The video recording capability is 1720p@30fps. According to it’s RAM and ROM, It has three (2GB/32GB) variants. On the other hand, it can support up to microSD on a dedicated slot. Certainly, Vision 1 Pro 4G has a 4000mAh battery with nonfast charging. It has a dual nano-SIM card slot. That is to say, Vision 1 Pro is 2G/3G/4G supportable. The fingerprint sensor is rear-mounted. You can get this in two colors Ice Crystal Blue and Cosmic Shine.

The smartphone is powered by the Qualcomm SM7225 Snapdragon 750G 5G Octa-core processor while the GPU is Adreno 619. The device comes in 6.67 inches size and the display is IPS LCD capacitive touchscreen.

The device is equipped with sensors such as Fingerprint (side-mounted), accelerometer, gyro, proximity, and compass. The smartphone is fueled by a Non-removable Li-Po 4820 mAh battery and Fast charging 33W, 100% in 58 min (advertised).

The Tecno Camon 16 Pro smartphone runs on Android v10 (Q) operating system. The phone is powered by Octa-core (2 GHz, Dual-core, Cortex A76 + 1.7 GHz, Hexa Core, Cortex A55) processor. It runs on the MediaTek Helio G70 Chipset. It has 6 GB, 6 GB RAM, and 64 GB internal storage. Camon 16 Pro smartphone has an IPS LCD display. The screen has a resolution of 720 x 1640 Pixels and 260 PPI pixel density. On the camera front, the buyers get a 64 MP Primary Camera, 8 MP, Wide Angle, Ultra-Wide Angle Camera, 2 MP, Macro Camera, 2 MP, Depth Camera, and on the rear, there’s a 64 MP + 8 MP + 2 MP + 2 MP camera with features like Digital Zoom, Auto Flash, Face detection, Touch to focus. It is backed by a 4500 mAh battery. Connectivity features in the smartphone include WiFi, Bluetooth, GPS, Volte, and more.

The smartphone is pack with 4 GB and 6 GB RAM with 64 GB or 128 GB internal storage options. The memory can be increased with the help of microSDXC. It is fueled with a non-removable Li-Po 6000 mAh battery + Fast battery charging 15W.

The smartphone features a 6.4 inches Super AMOLED display that has a 1080 x 2340 pixels resolution. The device comes in two colors such as Black and Blue. The smartphone is integrated with a Single SIM (Nano-SIM) or Dual SIM (Nano-SIM, dual stand-by).

The rear camera of the smartphone consists of a triple-camera, which includes 64 MP (wide) + 8 MP (ultrawide) + 5 MP (depth) while on the front there is a 32 MP camera. The device runs on Android 10, One UI Core 2.5 operating system.

The Realme C12 comes with 6.5 inches HD+ IPS LCD screen. It is protected by a Gorilla Glass. It has a Full-view minimal notch design. The back camera is of triple 12+2+2 MP with PDAF, LED flash, depth sensor, etc., and Full HD video recording. The front camera is 5 MP. Realme C12 comes with a 6000 mAh big battery and 10W fast charging. It has 3 GB RAM, up to 2 GHz octa-core CPU, and PowerVR GE8320 GPU. It is powered by a Mediatek Helio G35 (12 nm) chipset. The device comes with 32 GB of internal storage and a dedicated MicroSD slot. There is a back-mounted fingerprint sensor in this phone.

Among other features, there is Dual SIM, face unlock etc.

The Vivo Y52s runs on the Android 10 + Funtouch 10.5 operating system. It is fueled with a non-removable Li-Po 5000 mAh battery + Fast charging 18W. The smartphone is available in colors such as Gray Coral and Aurora.

It is integrated with sensors such as Fingerprint (side-mounted), accelerometer, proximity, and compass. The smartphone consists of dual-camera: 48 MP (wide) + 2 MP (depth). On the front, there is a single camera consists of 8 MP (wide).

The smartphone supports Dual SIM (Nano-SIM, dual stand-by) and it runs on the Android 11 + ColorOS 11 operating system. The smartphone is integrated with a big screen of 6.55 inches AMOLED capacitive touchscreen while the screen density is 402 PPI.

The resolution of the screen is 1080 x 2400 pixels that feature 430 nits and protected by Corning Gorilla Glass. It is fueled with a non-removable Li-Po 4350 mAh battery + Fast charging 65W + Reverse charging + SuperVOOC 2.0.

On the front, there is a single camera 32 MP (wide). The phone is pack with 8 GB and 12 GB RAM with 128 GB and 256 GB internal storage. The Oppo Reno5 Pro 5G includes sensors such as Fingerprint (under display, optical), accelerometer, gyro, proximity, and compass.

The smartphone has a huge sized screen, 6.44 inches Fluid AMOLED capacitive touchscreen. It comes with sensors such as Fingerprint (under display, optical), accelerometer, gyro, proximity, and compass.

The smartphone runs on the Android 10.0 + OxygenOS 10.0 operating system and powered by Qualcomm SDM765 Snapdragon 765G Octa-core processor. The screen of the smartphone is protected with Corning Gorilla Glass 5 while it has a 90Hz refresh rate and HDR10+.

It runs on the Android 10.0 operating system and powered by Qualcomm SM6115 Snapdragon 662 Octa-core processor and GPU is Adreno 610. The size of the screen is 6.8 inches and the screen type is an IPS LCD capacitive touchscreen that will give you an output of 720 x 1640 pixels.

The sensors include Fingerprint (rear-mounted), accel

barometer, gyro, and proximity. It comes with features such as Bluetooth 5.0, USB 2.0, Type-C 1.0 reversible connector, and GPS with A-GPS, GLONASS, GALILEO, LTEEP, SUPL. 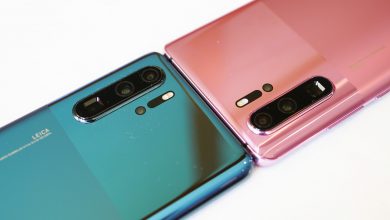 Huawei may unveil Nova 8 and 8 Pro on December 23 Realme X7 Pro will be debut globally on December 17