Apple is earning so much on China market. There are so many stores and offices of Apple in China. Now China is attacking by a virus called Novel Corona. Many peoples have already died. So Apple closed stores, offices in China through February 9. By doing this, they will lose their most productive marketplace. Apple will suffer by that.

It has issued a brief statement announcing Apple will be closing all its physical stores, corporate offices and contact centers in Mainland China through the end of next week (9th Feb).

Motivated by ‘an abundance of caution and based on the latest advice from leading health experts’.

The moves aim to limit the exposure of company employees to the coronavirus outbreak that’s been increasingly troubling China and the world for the past two months. Apple Offices & Stores are going to close in China.

The Apple online store in China, on the other hand, remains open. It was previously reported that the coronavirus situation may disrupt the production of the rumored upcoming iPhone 9. Apple closed stores, offices in China through February 9

As well as the latest AirPods. Key Apple partner Foxconn later denied those rumors, assuring that they will ‘continue to meet all global manufacturing obligations’.

It would be a rumor but we want to confirm. It’s not a rumor. It is a piece of real news. And Apple confirms that via email. Thanks for being with us. We are coming up next with another post.

Asus alerts of a temporary shortage of the ROG Phone II

Samsung Galaxy A51 Full Review, Price and Specs in 2020 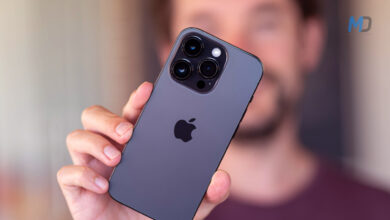